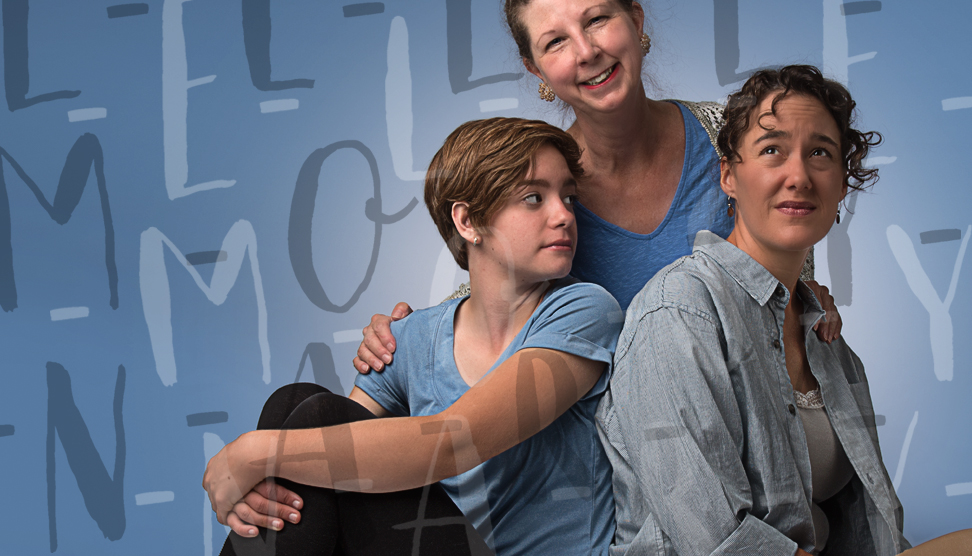 Eleemosynary probes into the delicate relationship of three singular women: the grandmother, Dorothea, who has sought to assert her independence through strong-willed eccentricity; her brilliant daughter, Artie (Artemis), who has fled the stifling domination of her mother; and Artie’s daughter, Echo, a child of exceptional intellect—and sensitivity—whom Artie has abandoned to an upbringing by Dorothea.

Barb Gandy – Dorethea
In the late 1960’s I was in the spelling bee world.  I made it to the City-wide meet (in Denver) and went down pretty quickly on the word ‘milieu’ (from the French meaning environment or setting); as you can see I haven’t forgotten that word.  I love ensemble theatre and it is a delight to be part of Eleemosynary.  Other recent credits:  Hellman v. McCarthy (Pygmalion); Buried Child (Silver Summit); Martian Chronicles (Salt City Radio Players).

Tracie Merril – Artemis
Tracie is always grateful to work with PYG, and is excited to be among this amazing group of artists.  Previous PYG credits include Selma 65, Cheat and Stop Kiss. Other favorite local and regional works include: One Big Union, Lady Macbeth, and Di Esperienza at Plan B; Rapture, Blister, Burn at SLAC; Rings at The Grand Theatre;  Dracula at PTC; Rare Bird at the U; The Rainmaker at Hale; Metamorphoses and As You Like It at the Clarence Brown Theatre; La Bete and The Tempest at Theater at Monmouth; and three Shakespeare tours.  A member of AEA, she received her MFA from UT-Knoxville and a classical degree from Weber Douglas Academy in London.  Tracie also takes great pride in being involved in readings to develop new plays (call me!).  Endless love to Scott, both of their families, and huge thanks to her Dad for hours spent running lines.

Sydney is thrilled to be joining PYGmalion for the first time. Some of her favorite past credits include Titus Andronicus (Pinnacle Acting Co.) The Rental (Two-Fifteen Project), Two Gentlemen of Verona, Don Juan Comes Back from the War, The Bear, Innovation (Westminster Theatre), Under Construction, The Apple Cart, and Stage Door (SLSPA). Sydney is a sophomore at Westminster College where she works as a scene shop foreman and is pursuing her BFA in theatre performance. 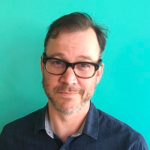 Jeremy Chase – Director
Jeremy’s directing experience runs the gamut from community theatre, to university and professional productions. Favorite past shows include Rocket Man by Steven Dietz, Wonder of the World by Diavid Lindsay-Abaire, and Lone Star/Laundry & Burbon by James McLure. On occasion he’s an actor, having worked with PYGmalion, Pinnacle, and Utah Theatre Artists Company. None of what you just read would be possible without the support of his loving family. Live theatre is a visceral, organic, and powerful medium – thank you for being here, and for being part of that experience with us.

Jennie Pett – Stage ManagerJennie is pleased to return to this position with PYGmalion Theater Company. She recently stage managed Wit (Wasatch Theatre Co.), Selma ’65, Hellman v. McCarthy and Motherhood Out Loud (PYGmalion Theater Co.) and has absolutely enjoyed the experience. She would like to thank her family for all the love and support.

Thomas George – Scenic Design
Thomas is a former Adjunct Instructor of Theatre at the University of Utah. He holds an MFA from U.C. San Diego, and a BFA from the University of Utah. His work can be seen this season at Salt Lake Acting Company and Plan B Theatre Company, among others. His previous designs for PYGmalion Productions include Mockingbird, Hellman Vs. McCarthy, Motherhood Outloud and Spark. Guest designs for the University of Utah include A Flea In Her Ear, The Adding Machine, and Reasons To Be Pretty. Other notable productions include Hamlet for the Brooklyn Gallery Players, You Are Here at the Gene Frankel Theatre in New York, The New Voices Playwrights Festival for the New School of Drama, The Misanthrope at the Mandel Weiss Forum Theatre, and As You Like It for the Potiker Theatre at UC San Diego.