The Twelve Dates of Christmas

“Hoben has created a woman’s show to join the annual, male-dominated Christmas lineup, but like Santaland Diaries, it is a tale of real life and holiday hope touching us all.” Eric Minton, Shakespeareances.com 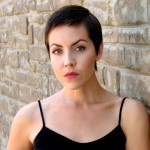 Deena is thrilled to be performing with PYGmalion for the third time, Deena Marie is a graduate of the Atlantic Theater Co. Acting School in NYC.  Training also includes NYU’s Cap21, Juilliard, and The Barrow Group.  NYC credits are Witch/Mom in Amazing Adventures of Arthur with Atlantic Theater Company, Darlene in Balm in Gilead with Atlantic 453.  Recent credits include co-creating and performing in the original piece, Love with PopUp performed at The Leonardo, Hermione in The Winter’s Tale with Sting and Honey Company, and Actor #5 in The Third Crossing with Plan-B theatre Co.  Among favorite credits are Shirin/Azedeh in The Persian Quarter with Salt Lake Acting Company, and Sheila in Hair with the Egyptian Theatre Company.  Other local credits include Pioneer Theatre Co., Meat & Potato, and Hale Centre Theatre.  Deena Marie has been featured on G4TV’s Attack of the Show, MTV’s It’s on with Alexa Chung, and our local KUTV2 Morning Show, Good Things Utah, Fresh Living, and Daily Dish.  Recipient, Salt Lake Magazine’s Best of the Beehive (The Comedienne) and City Weekly’s Best of Utah (Media/Politics).  She is currently entertaining crowds online as an agent for Ford’s national social media campaign, the Ford Fiesta Movement. She is a proud member of Actors Equity Association.

Marylynn Alldredge Ehrengard – Doo Wop Girl
Marylynn is returning to Salt Lake City after a 4 year absence and is happy to join PYGmalian in her first theatrical performance since being back in SLC.  Past credits include Saturday’s Voyeur years 1997 & 1998, 2000, 2001, 2002 and 2008. Other Salt Lake Acting Company credits include Polly in Freedom Land, Geoffrey Dunderbread and Lady Lettuce in The Beard of Avon, and Macy in Cabbies, Cowboys and the tree of the Weeping Virgin. Marylynn also helped to develop the role of Vixen for Julie Jensen’s play Wait.  Marylynn has performed with the Park City Egyptian Theatre in The Wizard of Oz, How to Succeed in Business Without Really Trying, Jack and the Beanstock, and Everything I needed to Know I Learned in Kindergarten. Marylynn has also worked as a teacher with the YouTheatre Program in Park City. She has also worked with the Grand Theatre Company and toured schools throughout Utah playing Wiley in Wiley and the Hairy Man with Storybook Players. Other credits include Utah Shakespearian Festival’s A Funny Thing Happened on the way to the Forum, Othello and Henry the Eighth.  Marylynn studied at Southern Utah University and The New York Film Academy.

Angela Trusty is enjoying her second role with PYGmalion Theater Company as a member of the 12 DATES OF CHRISTMAS cast. She first appeared on stage with PYG in their 2012 production of SEVEN directed by Lane Richins. Angela has performed in full stage productions and readings around the Salt Lake Valley with People Productions and Salt Lake Acting Company. When she is not acting you can find looking for good advice to share in her column “Ask Angela’ in the Deseret News.

Barbara Gandy – Director
My time in theatre is long and will only give away my real age.  But, it’s exciting to be back in the director seat since staged reading of The Strange Disappearance of Bees in 2012 and PYGmalion’s production of For Whom the Southern Belle Tolls. It’s a privilege to be with the talented women of The 12 Dates of Christmas as well as associated with PYGmalion, as a director, actor and Board Member.

James Kline Larsen – Lighting Designer
James has been professionally lighting theater, dance, and fires on the Wasatch Front for seven years now. After receiving his B.F.A. in Lighting Design from Utah State University he has been emerged in lighting for dance. James is currently the Production Manager for Repertory Dance Theatre and can also be seen freelance designing for Ballet West, NOW-ID (Charlotte Boye-Christensen), Lagoon’s Frightmares, SB Dance and many more. James is a proud Union Stagehand with I.A.T.S.E Local #99 in SLC. Visit his design portfolio at enlightentheroom.com.

Mikal Troy Klee – SoundScape Design
Since 1998 Troy has created SoundScapes for PYGmalion Theatre Company as resident sound designer. Troy is on the Board of Directors for Silver Summit Theatre Company and is designing the set, sound and projections for their production of 33Variations as well as the logos for their productions. He has also worked with The Classical Greek Theatre Festival, Salt Lake Acting Company, The Hive Theatre Company, Wasatch Theatre Company, Dark Horse Company Theatre and Pinnacle Acting Company. Production designs include, Antigone, A Behanding In Spokane, The Passion of Sister Dottie S. Dixon, In The Next Room or The Vibrator Play, The Coming Ice Age, Six Degrees Of Separation, Dead Man’s Cell Phone, Dottie: The Sister Lives On, The Lion In Winter, In A Dark Dark House, True West, Popcorn, Sordid Lives, Stop Kiss, Steel Magnolias, Frozen, Dracula and Gypsy. While Troy has been doing theatre since he was nine years old, he is most proud to have been involved as a lighting and sound technician for the Opening and Closing Ceremonies of the 2002 Olympic and Paralympic Winter Games.

Becca Dupaix – Stage Manager
Becca is thrilled to be working on her fifth season with PYGmalion. Favorite projects with this incredible company include; Lady Day at Emerson’s Bar & Grill, In the Next Room (or the Vibrator Play), the Passion of Sister Dottie S. Dixion and a redesign of their website. As a Weber State University graduate, Becca has had the pleasure of working with many Salt Lake theater companies including Dark Horse Theater, Pioneer Theater Company, New Works Theater Machine, and Pinnacle Acting Company. As the Events Manager for the National Ability Center, a board member for PYGmalion and volunteer at many local non-profit organizations Becca is always excited to help creativity flourish & give back to the Salt Lake community she loves.