The show will be available here starting April 7th.

If This Wall Could Talk is free to watch. Donations are greatly appreciated!

The past year’s pandemic has forced us, allowed us, to be more collaborative and more digital. Inspired by Jann Haworth and Alex Johnstone’s Utah Women mural on the side of the Dinwoody Building, owned by Zions Bank, we asked six living women on the mural to talk about what COVID has taught them, and what they will continue doing after the pandemic.

We also chose six historic women and asked six Utah playwrights to create scenes to comment from those women’s point of view on their hard times and on their truths. Seven women actors perform those scenes for us. In this performance you see the magnificent mural and hear the voices of Utah Women speaking of our times, their times, and hopes for times to come. 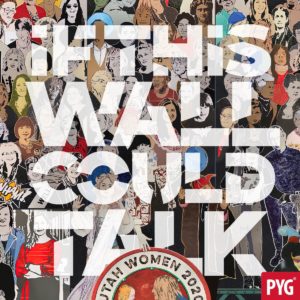